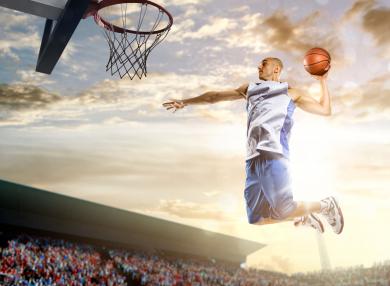 Fantasy sports offers great opportunities. To take advantage of the rapidly expanding marketing, you need payment processing accounts that can accommodate your growth.

Daily fantasy sports wagering is growing at an even faster pace. The largest daily fantasy sports wagering platform FanDuel paid out $10 million in winnings to its users in 2011. In 2014, the payout grew to $400 million. The industry is projected to grow to $31 billion in player entry fees by 2020. Fantasy wagering platforms take roughly 10% of entry fees as revenues and payout the remaining 90% in prizes meaning the industry is projected to grow by 0ver 85% per year over the next six years.

The growth and legality of daily fantasy sports wagering is attracting heavy investment from some of the largest private equity, media, and entertainment companies in the world. In September 2014, FanDuel raised $70 million from NBC Sports Venture, KKR and Shamrock Capital Advisors. There was no valuation announced at the time of the deal but sources put the valuation for FanDuel at just south of $400 million. According to Fortune, FanDuel is considering another round of financing that would value the company at $1 billion. With FanDuel’s estimated payout of $400 million in 2014, its revenues are roughly $45 million, placing its September 2014 fundraising valuation at 9 times revenues and it current expected valuation of $1 billion at 22.5 times revenues.

The second largest player in the industry, DraftKings, paid out roughly $200 million in 2014. The company raised $41 million in August 2014, placing its value at just under $250 million. On April 3, 2015, ESPN’s parent company, Walt Disney invested $250 million in DraftKings, valuing the company at roughly $900 million. The entrance of Disney into the industry adds a tremendous amount of credibility to the industry, painting it in a more favorable light. With estimated revenues of $22 million in 2014, DraftKings’ August 2014 valuation places the company on 11.25 time revenues. The recent investment by Disney values DraftKings on 40.5 times revenue.

The fantasy sports online platform industry is growing at a very rapid pace with a significant runway for growth. The industry is also receiving investment from some of the biggest private equity, media, and entertainment companies in the world validating these growth estimates and the business model.

Obviously, the fantasy sports market is growing at unprecedented rates.  Yet, the industry is still considered high risk merchant processing.  Making it challenging to obtain accounts.

Payment processing for fantasy sports is convenient for players.  And profitable for you.